The ex-athlete while talking to GNN said that three gunmen kidnapped him in Gulistan e Johar area when he was in his car.

He said that the robbers held him hostage for one hour and later freed him near highway.

The former Olympian said that the robbers took away Rs15,000 and his mobile phone.

A case has been registered in Gulistan-e-Johar police station. 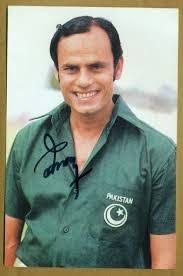 ISLAMABAD: After reviewing the coronavirus situation across

The first wave of COVID-19 vaccines has arrived in Ghana through the COVAX initiative.

ACCRA: "Today marks the historic moment for which

KARACHI: In a major achievement, the National Institute