LAHORE : The national squad announced for the tour of New Zealand has reported in Lahore. All players have been tested for coronavirus before leaving tomorrow to play three T20s and two Test matches in New Zealand.

The cricketers are currently staying at a private hotel in Lahore. Coronavirus tests of all players and team officials have been conducted and the 35-member squad will leave for New Zealand on Sunday.

Along with the players, the national squad also consists of 20 coaching and support staff members. The three-match T20 and two-Test series between Pakistan and New Zealand will start on December 18. 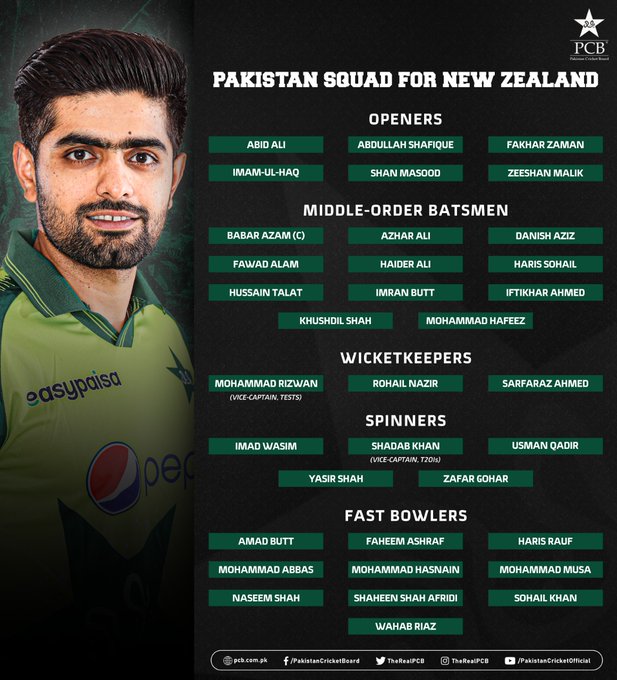 LAHORE: In the second day of the first Quaid-e-Azam