LAHORE: England women’s cricket team will be touring Pakistan for the first time in its history, the Pakistan Cricket Board (PCB) announced on Thursday.

According to a PCB statement, the side will play two T20Is and three ODIs in Karachi in October this year.

“England women will play the two T20Is as double-headers alongside their men’s team on October 14 and 15, while the ODIs will be played on October 18, 20 and 22,” the statement read. “The National Stadium will host all five fixtures.”

The Girls in Green had hosted the English side in Kuala Lumpur, Malaysia, in the ICC Women’s Championship 2017-2020 with England winning the ODI series 2-0 and T20I series 3-0.

PCB Chief Executive Officer Wasim Khan said that the tour will be an extremely powerful and strong announcement for Pakistan.

“Women’s T20Is taking place before the men’s matches at the iconic National Stadium will mean more eyeballs will follow these matches than ever before,” he said. “While this presents a great opportunity for the PCB to showcase the image and profile of women’s cricket, it is a chance for the women cricketers to demonstrate their talent and skills, and play their part in attracting, inspiring and motivating the next generation of women cricketers so that they can also fall in love with this great sport.”

He believes that the the ODI series against the world champions will assist the side in its preparations for the ICC Women’s World Cup 2022. 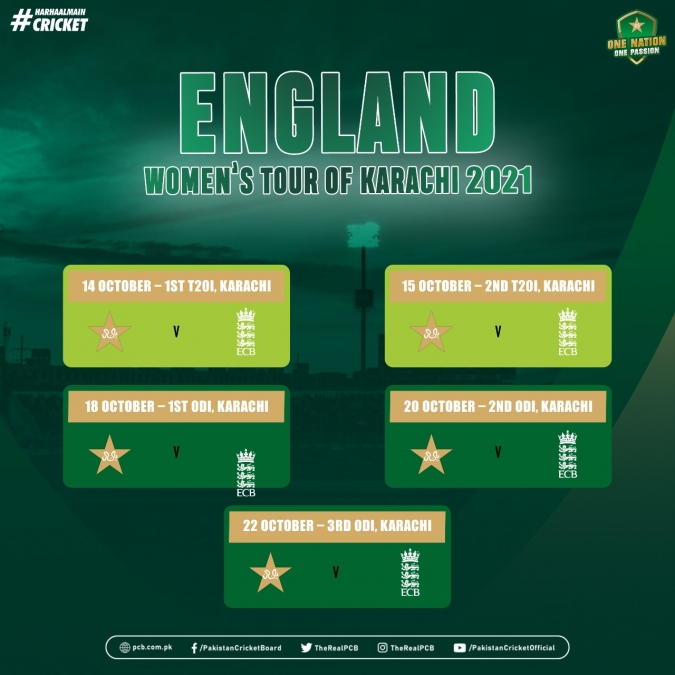 PESHAWAR : The KPK government has on Wednesday